An address given in front of Parliament House by Anna Walsh

Every woman who has undergone abortion, regardless of why, cannot alter this truth, that once upon a time, a human being existed inside her and is now gone. She must reveal this truth in her medical history because even if she forgets, her body does not. But this simple truth can create enormous discomfort, in some parts of the community, and those who speak truth are sometimes labeled as judgmental. Whilst intended as a derogative term, justice seeks truth but when we are doing the wrong thing, the truth hurts and that is why we don’t want to hear it. Society doesn’t suffer willingly. But without it, we cannot experience the awesomeness of real love.

Today I am going to highlight a couple of things that are happening in the law that directly impact upon this objective truth about the unborn child, specifically the moves to decriminalise abortion in NSW and adopt an ideology about it that contradicts truth, and the silencing of truth about abortion in the public square. Finally I want to emphasise why this is a great time in history to be alive and to be a baptised, confirmed Catholic with the obligation to proclaim truth. 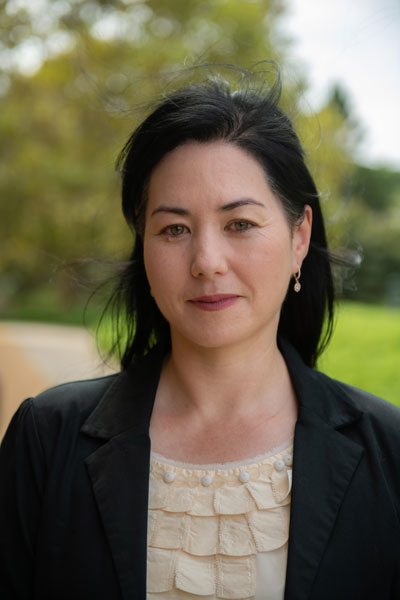 Across Australia, abortion is being decriminalised and regulated as a health procedure. We can expect another attempt at having NSW follow suit because we remain one of only two states that continues to regulate abortion under criminal law and technically speaking, only allow it for serious health concerns about the mother.

Decriminalising abortion supposedly gives power to the woman and respects her dignity to choose. But the choice she is faced with is to determine the fate of another person, whose life literally depends upon her. But she needs an accomplice to share this power and that is the medical profession. The expansion of the term ‘healthcare’ from clinical metrics, to the notion of wellbeing requires doctors to act outside their competence and fill the role of social worker, financial advisor, and fortune teller in order to justify an action we all know is wrong so as to re-package it as healthcare. They should be mad.

If NSW enacts abortion legislation like that in Victoria, it will impose on us gestational age ideology. Gestational age ideology is based on a lie. Like all good lies, it is based on a kernel of truth. It places a threshold of when you can abort but it never articulates why. It’s true that there are more adverse risks to the woman, but late term abortion can also produce a live child, a horrific reality check.

However it is not common. Focusing on late term abortion only draws our attention away from the massacre of less developed unborn children who are terminated every minute of the day through surgical abortion, medical abortion performed at home with drugs, and abortifacient drugs and devices marketed as contraceptives; which itself is based on another lie, that there is a distinction between conception and pregnancy. This allows these drugs and devices to work like an abortion without being called an abortion.

We must resist moves to normalise abortion by moving it into public hospitals. I really appeal to doctors who work in that system to band together and resist it if it comes. This will cause significant problems for workers of good will that will potentially have so many run on effects including the training of young doctors and nurses. So when it comes around, be prepared. Work out where you stand on issues, educate your conscience, and be ready to resist moves to change the law, sign petitions, start conversation and tell people how you feel. Support politicians and parties that are unashamedly pro-life. It is your voice that the community looks to, and your professionalism and training that the law looks to, to set a standard for public morality on this issue. You must speak up.

We are standing in a safe access zone talking about abortion. Ordinarily we would be breaking the law; me specifically because I am on a microphone bellowing out to thousands of people. We are within 150 meters of an abortion clinic. And ordinarily, it doesn’t matter that it is not operating now and that are no people going in or out to hear us, talking about abortion is a prohibited criminal act that can result in extensive fines and even imprisonment. The reason it’s prohibited is that talking about abortion within 150 meters of a clinic apparently has the potential to cause anxiety or distress in someone entering or leaving it. The logic of this law defies me, but we meet the one exception set out in the law, which permits communication about abortion when it is outside Parliament House.

Yesterday we had an election. And as happens in all polling booths, we see people handing out how to vote cards. They approach you, they make eye contact, and they try to give you a pamphlet. The interaction is a few seconds and it is very clear when a voter does not want one. They say, ‘ Thank you, I don’t want one’ or, they put their hands in their pockets and just walk past, or they take one and throw it in the bin. Some take every single pamphlet because they are not sure. Annoying thought it may be in some cases, this interaction is permitted by society because voting is seen as a very important act and one in which information, even last minute information, that will guide you on how to make a vote that we believe in, is seen as important.

How much more important is the decision to terminate your unborn child? The assumption that women know all about abortion and other options is untested; and that they are harmed by the presence of sidewalk counselors is untested in Australia. We don’t know what doctors tell their patients with crisis pregnancies and where they refer them. There is a tremendous bias against research that dares to suggest that an abortion did not enhance the woman’s health; and sitting underneath all of this, is a discussion about sexual freedom.

Some women will say, ‘Don’t judge me, I had no other choice.’ What a profoundly sad statement that is. The closing down of rational discussion about abortion in the public square is already upon us. And if you didn’t make a fuss when the safe access zone laws were being debated and discussed, because you didn’t want to be thought of as a nut job waving a placard and plastic fetus, you didn’t understand the bigger principle that was at stake. I’m sorry, but you got sucked into another well-crafted lie. We cannot afford to be tricked by lies that go against what we know to be true. We need freedom of speech about things that are true and a society that is seeking truth.

We are all broken people because we live in a broken world. And that brokenness affects our rationality. As a result of that, rational argument that even a child can understand, is resisted especially when we know, deep down inside our conscience, that we are doing something wrong. People today rely overly on emotion, and they often have to feel something as opposed to understanding it.

Knowing this then, our rational arguments about the unborn child may go unheard and they will look to us as people and communicators and find fault with how we do this as evidence that our argument is incorrect. If we respect the dignity of every person, and their free will, then the concept of speaking truth in charity is not about us. It’s about speaking truth for the benefit of the other person. It means considering how they – given their different worldview and experiences – might respond to the way in which you are speaking.

This requires love and humility, and respect for the mystery of the other person’s suffering. You cannot fix everything by speaking truth. Sometimes we must show restraint. We never know what impact our dignified charitable discussion, which respected the person’s free will to make decisions for their own life, will have upon them.

We are all born into this time in history for a reason. That is both an exciting and a frightening prospect. If all power on earth comes from God, then we have to accept that it is his permissive will to let certain things happen so that good might come out it; including giving us the opportunity to take a hard look at ourselves and prove our love.

The good reputation and works of the Catholic Church used to evangelise the truth to the world has taken many blows in recent years, and in Australia that is especially so with the news of Cardinal Pell’s conviction. We should all be very concerned about these developments, but as baptised and confirmed Catholics, we have the grace, and the duty, to try and fill in some of the gap.

It is a wonderful feeling to be amongst like-minded people, but you know what? It takes no effort at all. We are never put out. We can speak our minds and have debates because we have a common worldview. But we lose the ability to explain fundamentals.

Going outside the bubble and demonstrating love for someone other than our self and our family, involves courage and conviction. Everyone has a role to play in some way that is consistent with where they are in life. We need to change culture through persuasion – which means through sweetness – so that’s it not just for us so we can feel comfortable, but because we want others to join us. We need free speech in order to do this. So when we leave this bubble today, please think about what role you might play to change culture and live love. Thank you. 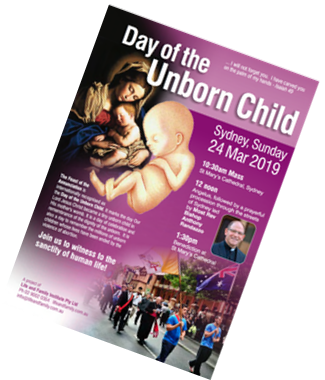